Bet you Don’t Know these Facts about Slot Machines

Slot machines were first included in casinos as a way to entertain women and more mature casino patrons. They were seen as a sideline, played by people who would never bring in money like the high rollers at the blackjack and craps tables. Now patrons who play slots are the mainstay of the gambling scene. Let’s find out more.

The father of slot machines

In the US in 1891, a machine was developed that used 50 of the 52 cards of a poker deck to challenge players to form a poker hand. It cost a nickel to play and even though it grew in popularity, there was no way to standardise the payouts for all of the various win combinations – this meant the prize for winning varied from bar to bar.

Then in 1895, a man called Charles Fey created a three-drum machine using five symbols. This made it much easier to standardise payouts on the number of combinations. It wasn’t until 1963 that the first electronic slot machine was born. Then in 1976, the video slot machine was invented with a 19-inch colour screen and Sony logic boards, which turned out to be more reliable than mechanical parts, cheaper to produce and less open to fraud.

We’ve come a long way since the early days

Slots were originally simple machines with just four main mechanical parts: inputs for coins, hoppers, reels and levers of course. Today’s machines are manufactured with more than a thousand individual parts and their design and construction are part of a complex process that can involve hundreds of people from start to finish. Charles Fey wouldn’t know what to make of today’s bill validators, random number generator software, touchscreens and 3D animations. Or the ability of machines to be linked to computer programs like online bingo and online scratchcard games.

Casinos make most of their money from slots

Dial back the clock to the 1980s. Slot machines were set up in high traffic areas in casinos – usually in a corridor or near a lift. The reason was simple: casino managers needed to provide some form of entertainment for the wives and girlfriends of serious gamblers who played high-stakes games like blackjack or craps. Since these wives and girlfriends were doing nothing but spin their wheels while their men gambled, the distraction had to take up as little casino floor space as possible. But from the time they first appeared in casinos, their popularity began to grow as well as the amount of money they brought in. By 2003, they were making up 70% to 85% of casino revenue.

You play online the same way you play land-based machines

Both land-based and online slot machines use random number generator programmes. The main difference between online casinos and land-based clubs is the technology they use to access the results – online versions use animation that sends your results to your computer via the Internet. Otherwise, they are quite similar. The other difference when you play online is that you can easily move between games.

There are no winning strategies

There are plenty of ‘insider’ theories about how to win more often. Some even claim to be able to predict payouts based on the symbols that are on display while they’re not in play – a theory called the “zig-zag” system. This theory simply isn’t true because the reels are only for show. Your results are determined by the random number generator inside the machine and, of course, today’s machines have no mechanical parts. Another popular theory claims that it’s possible to tell if a game is hot or cold. This is based on the belief that machines can track how many jackpots have been paid out and exactly when the last jackpot was paid out. Don’t take any notice of these so-called strategies. There is no way to increase your chances of winning – it’s a game of pure probability. While there are no strategies as such, there are tips and tricks that can help you have a better outcome at the slot machines.

Jackpots can rival those of the National Lottery

Payouts tend to differ widely between casinos, but both online and land-based casinos have a payback of around 90%. This is called return to player (RTP) or pay back percentage (PBP). This high percentage of payouts is due in part to the competitiveness of the markets.

An increasing number of celebrities are getting in on the scene by licensing their likeness to the popular casino game. These include pop princess Britney Spears who has lent her image to a long list of merchandise. The same goes for hotel heiress Paris Hilton. There really are Hulk Hogan and Arnold Schwartzenegger machines and a series of Dolly Parton ones that treat you to some of the singer’s catchphrases as you play. TV personality Ellen DeGeneres now has her own brand of machines in Las Vegas and even made a surprise visit to casinos to play a couple of rounds with thrilled, selfie-snapping patrons. Themed slot machines include The Hangover, Happy Days and Nightmare on Elm Street. But watch this space – there are, no doubt, more to come!

Japan takes #1 in the popularity stakes

If you want the holiday of a lifetime, and you have a good-sized travel budget, head for Japan. According to the Gaming Technologies Association, slot machines are more popular in Japan than anywhere else in the world, including their country of origin – the United States. Japan has a whopping 4.6 million machines (that’s one for every 28 citizens), compared to the US that has around 900,000 (one machine for every 357 citizens). Italy takes third place with over 400,000, Germany’s fourth with just under 300,000 and coming in fifth is Spain with over a quarter of million machines (that’s one machine to every 187 Spaniards).

Online slots are every bit as popular as land-based machines

Online slot machines are becoming an increasingly popular game with gamblers. Like bingo and online scratchcard games, enthusiasts who regularly play online will tell you that it’s easy to get the hang of, even if you’ve only ever played in a land-based casino or you’ve never played before in your life. Like online bingo and digital scratchcard games, when you take your game online, you can play anywhere you like and whenever the fancy takes you, from your smartphone or tablet. You can also qualify for bonuses or rewards when you sign up with certain online casinos, or make your first deposit. There’s no need to sacrifice the social side of gambling either. When you play online, you can join friendly chat rooms and take part in forums where you can interact with like-minded people and learn even more interesting thoughts and facts. It’s also easy to move between online versions of bingo, blackjack and online roulette, if you’d like a break from the slots. These are just a few reasons online games may soon be even more popular than land-based casino games.

When you play responsibly, you’re in for a world of fun. At Mecca Bingo we’d love to Mecca Millionaire of you! We have a variety of jackpot slots that offer prize pots of over £1 million, and you can play for just pennies. So why wait? Join us now. 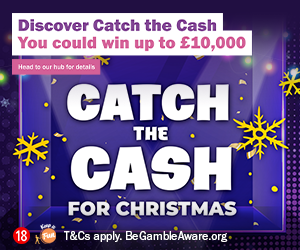