The more technology in gaming develops, the better the experience and enjoyment the players get out of playing. With virtual and augmented reality and other innovations becoming more and more popular in online gaming, online casinos are taking full advantage of these advances to turn our gaming experience from staring at a screen to walking around a virtual casino.

For the past two decades, virtual reality technology has been working its way into the mainstream gaming scene. From the Nineties and Noughties VR equipment like the Nintendo Virtual Boy and VFX1’s VR headgear – which were not exactly advanced enough to fully immerse gamers in the worlds in which they play – today’s technologies such as the Oculus Rift and PlayStation VR can create breath-taking worlds you can get truly lost in.

Online virtual reality gaming has become increasingly popular, specifically among players who are fans of MMORPGs (massive multiplayer online role-playing games), which can often have thousands of players all interacting together at the same time. With VR becoming increasingly popular it’s now also possible for online casino game enthusiasts to use it to enhance their gaming experience and become truly immersed in the casino environment.

It’s already possible to find VR casino games, and you can even win real money which further heightens the level of immersion. Just like when you’re at the table in a bricks-and-mortar casino, being able to look over at other players. To engage in a little verbal banter or bluffing – to which they can respond, by the way – makes you feel like you are really at the table and sharing a gaming experience.

Here’s some of the great games you can join right now:

If you fancy a visit to an upscale casino but don’t necessarily want to travel to one, then you are in luck because poker is one of the most popular casino games currently being developed for VR. The virtual reality element adds so much to the experience from being able to pick up your hand and look at it, to actually handling your chips and throwing them into the pot – just like you normally would when sat at a poker table. Poker is a game that is as much about the psychology of those involved as it is about skill and ability to read the cards (not to mention your ability to charm lady luck). VR poker allows you to indulge in that without having to physically be with anyone else playing.

Online bingo has already seen a massive growth in popularity, and with the addition of VR technology, expect that trend to reach new heights. Being able to play from the comfort of your home means players can minimise expenses such as travel, but until now the social aspect of the game has been hard to capture – even in a live game online with chatrooms. By putting the player at a table with others, VR seeks to bring back the full banter and social interaction element that makes a trip down to the local games hall so much fun. From scanning the room for familiar faces to looking down at your scoresheet, focusing on the caller as they sound out the numbers and the gameplay element of marking off your scratchcard, the game reaches new levels of immersion.

Augmented Reality, which seems to be the less popular of the two reality gaming platforms, properly broke into the mainstream with Niantic’s massively popular Pokémon GO – and shows no sign of slowing. AR is the newest persuasive strategy used by online casinos to entice players into using more personalized, emotional and focused content. AR’s player-to-player interaction has completely changed how players experience betting at the tables by evoking real emotions through interaction as well as the benefit of on-tap virtual assistance.

Augmented Reality is the process of visually overlaying the real world to provide additional information and entertainment, displaying the captured image through a mobile or tablet screen An AR game, for example, could be played on any device with a camera, and since every smartphone nowadays has a decent one, this means you can play wherever, whenever. This, in turn, means you’re potentially able to walk around Saisnbury’s or Tesco’s and discover games in the aisles. The AR display is able to project the game card on to any surface so all you need is a grid with your numbers on it and you’re ready to play. The AR app version of the game might  even notify you of nearby games – or players – and guide you to them – the possibilities are only limited by your imagination.

Facial recognition is now a real thing, allowing your likeness to be fully recreated in your gaming world. 3D scanning technology now allows you to create a custom avatar with your face on it, but on top of that, there is technology being developed that will allow games to capture and adapt to the emotions of gamers by scanning different points on their faces. So, for example, if you look visibly upset while playing your game, the game itself might dial down the difficulty slightly so you can enjoy yourself more.

Voice recognition is another great innovation which allows players to put their controller down for a while and take input command bby simply talking. You can do a number of things with voice commands that allow you to free up your hands such as controlling gameplay, interacting on social media, selecting music to listen to from your media library and even searching the web.

You might not even want the controller there at all, and would rather game completely hands-free by using a combination of voice recognition and gesture control. If you’re at an online poker table and want to raise the stakes a bit, then do so by simply waving your hands, or if your number got called out in an online game, then fill in your grid with some simple gestures. With the combination of virtual reality, voice recognition and gesture control, everything you say, and your every movement can be tracked by the game system and give you realistic feedback that fully immerses you in your gaming world. You might even get a bit carried away and try to wave a waiter down to order a drink.

This is Just the Beginning

Virtual and augmented reality has penetrated almost every game genre from shooters to horror and adventure games on nearly every platform available, but online casino games are now coming into focus and are a new and exciting frontier for VR and AR. The best online casinos have been building up their internet presence to meet the demand of customers for 24/7 gaming and easy access, but now the combination of VR, AR and web gaming sites means the experience isn’t limited to the time spent behind your PC, laptop or console.

The world’s biggest tech companies are investing in virtual and augmented reality and cloud gaming which means huge innovation and developments to come. Pretty soon you’ll be able to walk around your favourite casino or bingo hall, grab a seat and experience the excitement of it all from the comfort of your own home.

If you’re excited for the new wave of gaming technology and want to get your share of the fun, then why not try your hand at one of the online games at Mecca Bingo – the future of gaming is right here, right now. 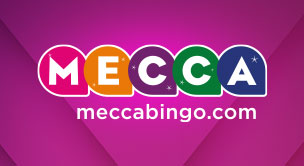 @Ab23345522 Hi, Im sorry to hear you haven't had a good experience with our customer service team, Is there somethi… https://t.co/DVmoanAjuv