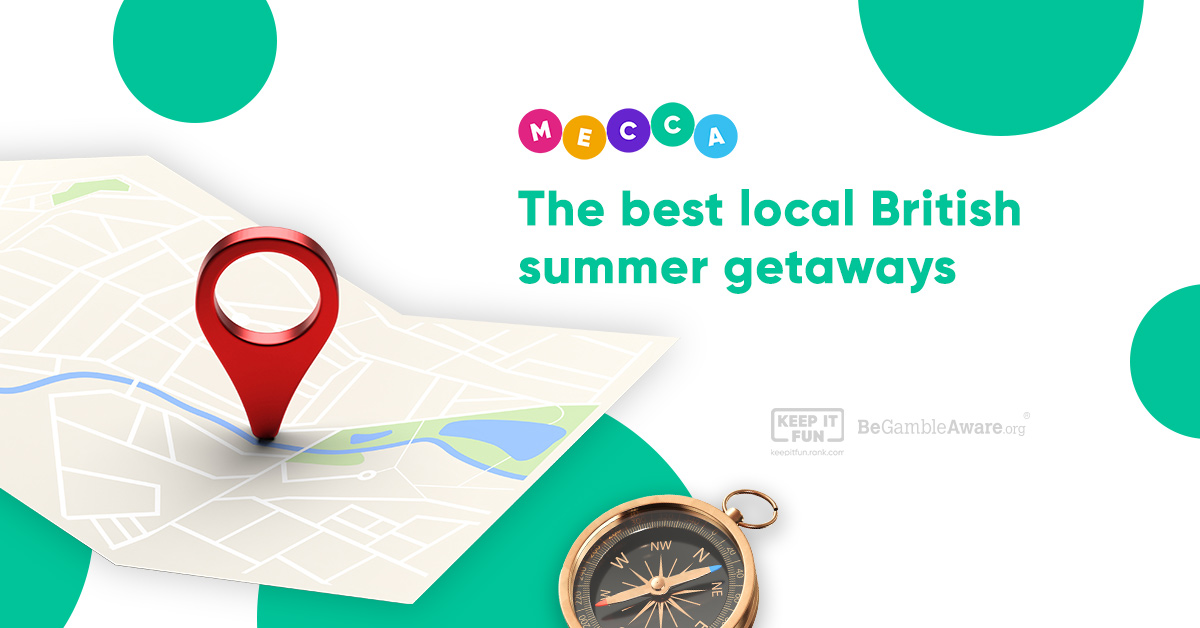 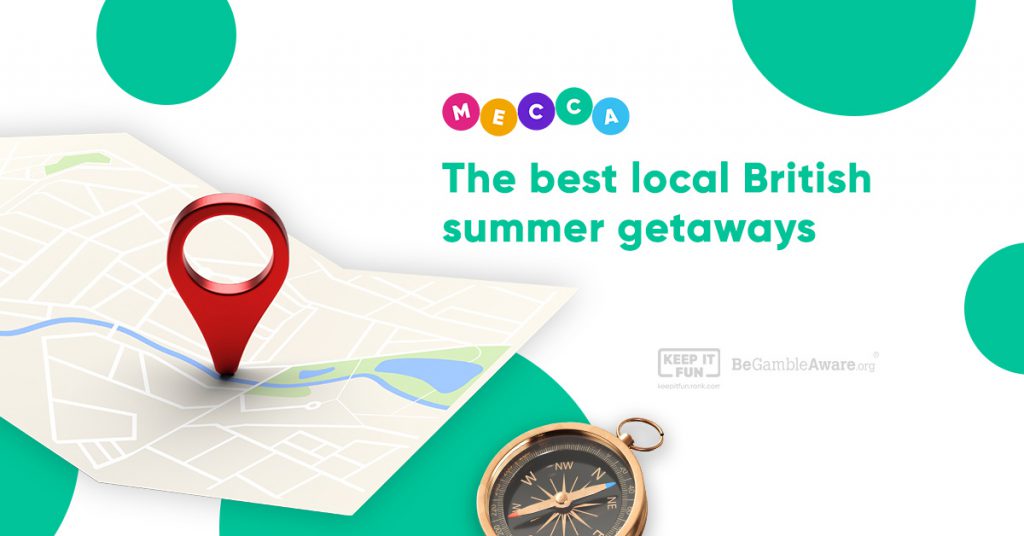 Some of us might like to stay at home and play online bingo at the weekends, but for those who are up for an adventure, there is so much to explore on a quick getaway to several places throughout the UK. Even if you only have a few nights to spare, you could enjoy a much-deserved break at one of the celebrated locations on this list.

Of course, there are too many places to mention in one article, so we’ve narrowed it down to some of the top locations in the north, south, east and west of England. All of these places are also within easy reach of some of Mecca Bingo’s top bingo halls, so you can also choose to play bingo on your getaway if the weather doesn’t play ball (so to speak) when it comes to outdoor activities.

Although you could always opt for a game of free bingo online, wherever you are, here are some of our top choices for a short break that are right on your doorstep, and are a good choice if you are looking to save on fuel costs and make the most of local travel opportunities.

If you grew up reading books like Jane Eyre and Pride and Prejudice, or even if you just watched the movies, you’ll appreciate the beautiful natural landscapes of the Peak District. Based mostly in Derbyshire at the southern end of the Pennines, you can walk for hours here across the moors, and explore ancient forests and wild streams. Locals also recommend having a picnic on a limestone cliff, as one of the not-be-missed experiences to be had in the district.

The stately homes in the area are also worth a visit for top-notch food and a bit of history, including Chatsworth House, which has an Estate Farm Shop that sells all kinds of local produce. If you’d like to do a famous trek, you can take a walk through Lathkill Dale to Haddon Hall, which is well-known for its fragrant rose gardens.

Once you’re done walking, hopefully in sunny and not too inclement weather, you could also join your fellow daubers for a game at Mecca Bingo in Chesterfield, which is not too far from the Peak District National Park (there’s one in Sheffield, too).

Another popular gateway destination, Harrogate, in North Yorkshire, is celebrated for its tea rooms, colourful gardens and shopping arcades. For the more adventurous types, you can also take part in outdoor activities in the nearby Yorkshire Dales National Park to the west of the town, which includes options such as hiking, climbing, biking, kayaking and canoeing.

For any history buffs out there, you could also take a stroll through historical sites in the area, such as the Aldborough Roman Site, managed by English Heritage. As in many parts of the UK, there are also several homes and gardens in the Harrogate area worth a look, including the Himalayan Garden & Sculpture Park (north-east of Ripon), the Grade II-listed Valley Gardens, Harrogate and the Ripon Walled Gardens – once part of the Bishop’s Palace.

If you take relaxation seriously, you’ll find many opportunities for a spa treatment in Harrogate, as it has been a destination for these kinds of treatments for more than 200 years. One of the most famous locations is the Turkish Baths, but Rudding Park Spa and Swinton Country Club & Spa have much to offer in this department, too. Of course, you could always kick back with a few rounds of bingo at your closest Mecca hall… in nearby Leeds (actually you have three to choose from in and around the city)!

Kent is known as the “Garden of England”, and there are many pretty coastal towns to explore in this part of the country, as well as the famous spa town Tunbridge Wells. The home of Canterbury, the south-eastern county also offers a wealth of medieval and literary flavour (which, as you’ll have seen, appear in many game titles if you like to play slots online), as well as many options for foodies (who prefer flavours of a different kind).

Some recommendations include eating oysters on the beach at Whitstable (the sunsets are incredible), doing a wine tasting at one of the many trendy wine bars in Margate, or even just taking in the majesty of the White Cliffs of Dover. Of course, if you’re looking to mark off some numbers on a white ticket instead, head to your nearest hall at Mecca Thanet in Westwood near Broadstairs for some traditional gaming entertainment.

Like Kent, Norfolk in East Anglia also offers an array of attractive seaside towns, full of antique shops and tea rooms. There are also plenty of dunes and beaches, as well as opportunities for appreciating nature, especially if you’re an avid “twitcher” and are keen to go bird-spotting in the marshes. (The scenery might inspire you to brighten up your home with a few well-chosen plants when you get back, too!)

A handful of recommendations include visiting Burnham Market, with its popular pubs and shops, Holkham Beach – one of the country’s most beautiful and unspoilt stretches of sands – The Broads National Park, and Norwich’s open-air market, which is one of the oldest and largest of its kind. When you’re done filling up on tasty treats, you could also pop over to the local Mecca club on Aylsham Road, where you’ll be able to fill up on entertainment of the daubing variety.

Now turning our attention more towards the South-West, Devon is a highlight for many local travellers and is known for its rugged scenery, wild ponies, and many areas of natural beauty, including Dartmoor National Park and the South West Coast Path. Here you can choose to walk, or take a horseback ride, to appreciate the awesome scenery.

With an area referred to as the Jurassic Coast, this is a hub for history fans and has been declared a Unesco World Heritage Site thanks to its many important geological features. When you’re done filling up on ancient geomorphology, you can indulge in some tasty seafood instead, in seaside towns like Salcombe (which is not too far from the closest Mecca hall, just up the coast in Devonport).

Even if you haven’t managed to explore much of England, there’s no doubt that you’ve at least heard of the Cotswolds, which is an area in the west south-central region that epitomises the idea of the English countryside. Here, you can browse as much as you like in homeware and antique shops, as well as explore more than a handful of old pubs and historical houses nearby.

Take a walk in one of the many historic manor house gardens, appreciate (and support) the many independent stores, and of course, eat local favourites including Gloucester cheese or Gloucester Old Spot pork to your heart’s content – or choose to daub off as many numbers as you like with some games at the local Mecca club in nearby Gloucester itself.

Stay entertained wherever you are with Mecca Bingo

No matter whether you choose to go exploring, or stick with stay-at-home entertainment, we have a lot more to offer at Mecca Bingo, besides our favourite numbers game, including online slots and online scratchcards.

If you’d like to stand a chance to win even more prizes, which could include a weekend getaway, make sure to enter our online raffle competitions too!