Skip to Content
Home Meccabingo Can you guess these emoji soap storylines? 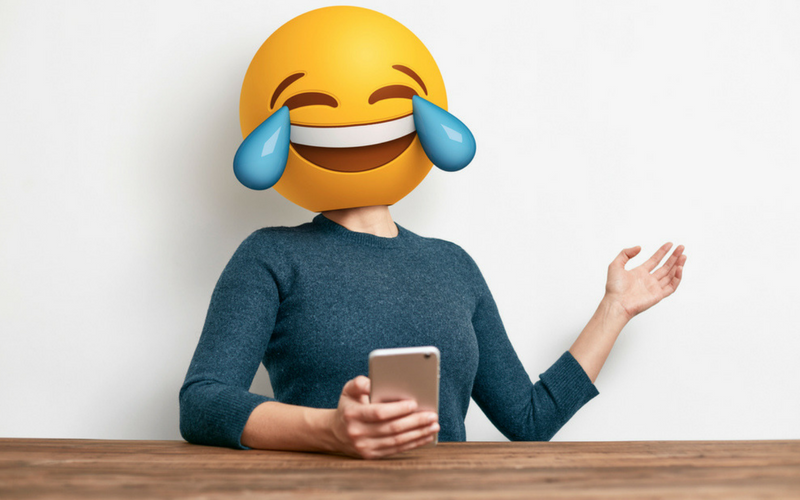 Chances are you use emojis. We all do! These awesome little smiley faces, winky eyes and clapping hands have become such a staple of our everyday language that it’s become virtually impossible to not use them.

But despite this continual rise in popularity, many Brits are in fact using many emojis without any knowledge of what they actually mean.

Ahead of World Emoji Day, we surveyed 2000 mobile users and found that 37 per cent of us have sent an emoji without knowing what it really means. What’s more, nearly half of us (48 per cent) have experienced embarrassment once the true meaning of an emoji has been explained by friends.

Despite this, the survey reveals that nearly half of us (46 per cent) use emojis as an integral part of our text messages. What’s more, research shows that Brits produce approximately three texts a week which are entirely comprised of emojis, with the laughing, smiley and ‘thumbs up’ variations among the most widely used.

60 per cent of Brits confessed to sending up to 10 messages a day that feature emojis, while 48 per cent of those surveyed said that emojis have enhanced communication by making their messages less ambiguous and more explicit. 56 per cent of respondents praised the benefits of being able to send messages more quickly with the aid of emojis.

When it comes to the sexes, research from Mecca Bingo shows that there are more women who use emojis on a regular basis than men (52 per cent to 39 per cent), with 34 per cent of the latter saying that they never use them.

Surprisingly, it is men who feel more embarrassed when they send an emoji which they don’t completely understand – 43 per cent to women’s 38 per cent.

How well do you know emojis?

To help educate the nation, Mecca Bingo have produced  storyboards that detail famous soap storylines in emoji form. Can you guess the soaps? (Answers below – no cheating!) 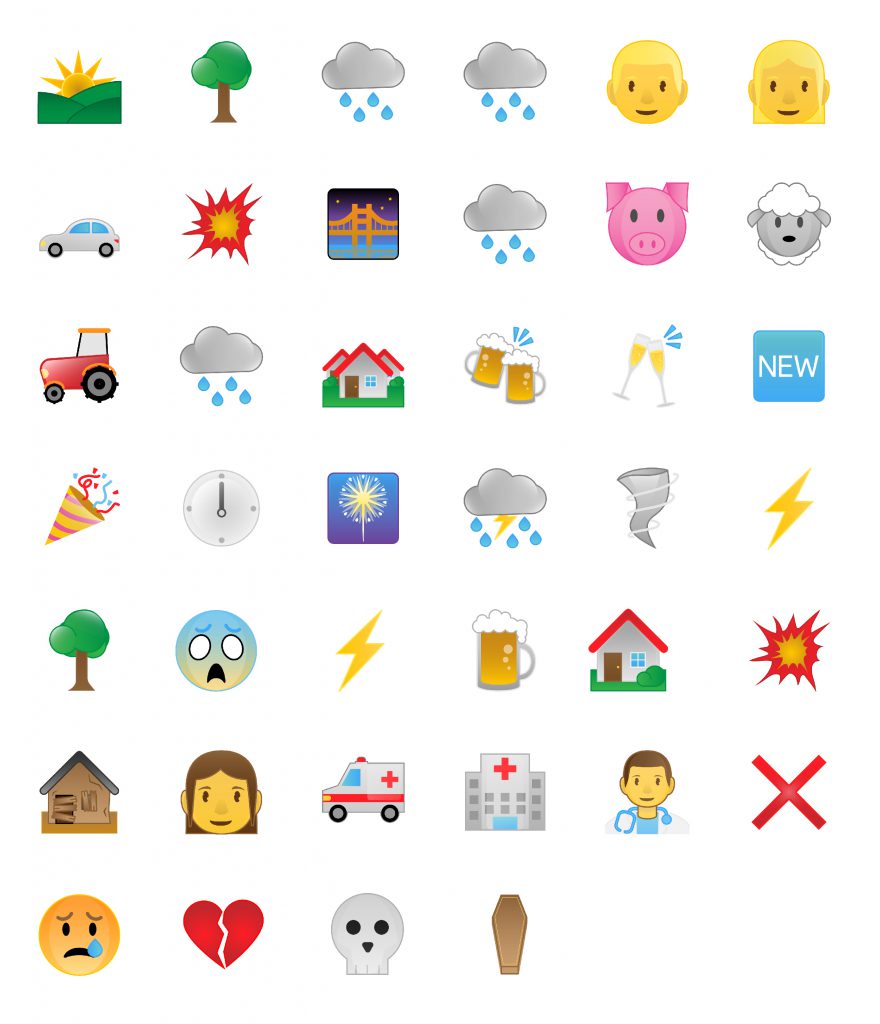 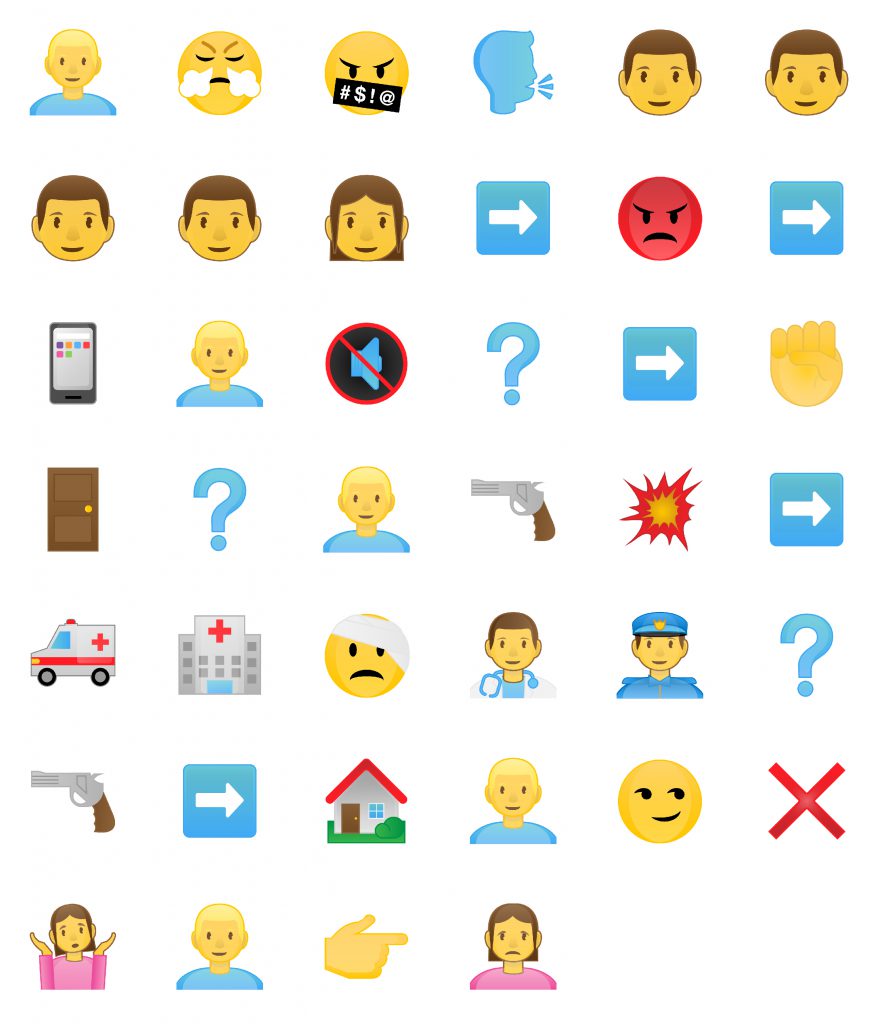 Exactly 10 years on from the devastating plane crash, which occurred on the 30th December 1993, Emmerdale Village is rocked by an electrical storm, causing further large scale disaster and tragedy. As the animals are rushed into the barn, the poor conditions result in a car crash by the bridge.

Lightning strikes an oak tree outside The Woolpack causing Tricia Dingle to fall over, it’s shortly followed by another bolt that hits the roof of The Woolpack causing the roof to collapse and the chimney to fall through. This in turn caused the wall of the pub to collapse onto a helpless Tricia as she lies on the floor. Tricia was rushed to hospital, critically injured, she was put on life support. Following tough conversions with the doctors, Tricia’s husband, Marlon makes the decision to finally let her go.

The storyline develops throughout 2000 and 2001 as Phil becomes darker and a menacing side to his personality begins to surface. Phil’s behaviour earns him a large number of enemies in Albert Square.

By 2001 Phil had quickly grown to become one of soaps nastiest villains. When returning home one evening, Phil receives a hoax phone call from an anonymous caller. Dan is then seen walking away from a nearby telephone box. Phil’s doorbell rings and he opens the door to finds nobody there. As he turns around to re-enter his house, he is shot in the back and falls down the steps.

Phil is found minutes later by fellow Albert Square resident Beppe di Marco. He is rushed to hospital, where doctors perform an emergency operation to remove the bullet. Lisa Fowler (Phil’s Ex) is later confronted by Phil, as he reveals he knows that she was the shooter.