Deal or No Deal is an iconic TV game show where contestants have to make decisions about unknown values of money hidden in their box or suitcase – either they trust what’s inside and hold onto it, or they accept an offer from the game’s Banker. Before the show ended in 2016, Deal or No Deal had given away a total of £40 million – not too ungenerous, then! It seems people still want more in the form of a Deal or No Deal show concept, as seen by the success of the bingo games that embrace the same theme (more on those later).

The history and popularity of Deal or No Deal

Hosted by Noel Edmonds, Deal or No Deal aired on Channel 4 from 31 October 2005 to 23 December 2016. Like Big Brother, the TV game show was based on the original Dutch format. During each episode, a contestant chose one of 22 boxes, each containing a particular cash amount between 1p and £250,000. The contestant then had to attempt to win as much as possible by either gambling on having a high value in their chosen box or making a deal with “the Banker”, regardless of what was in the box. It all came down to luck, of course, with cash amounts randomly allocated to each box before each game. The format worked, and endured.

Deal or No Deal’s popularity had the potential to compete with that of playing bingo in the UK. It certainly won the praise and hearts of many British viewers. Within a few weeks of the first episode airing, many people had begun watching it. The compelling format kept the audience on the edge of their seats. Part of the show’s appeal was the way it embraced the chaos of reality and knife-edge, zero-sum outcomes – something that most of us can relate to.

Deal or No Deal online games 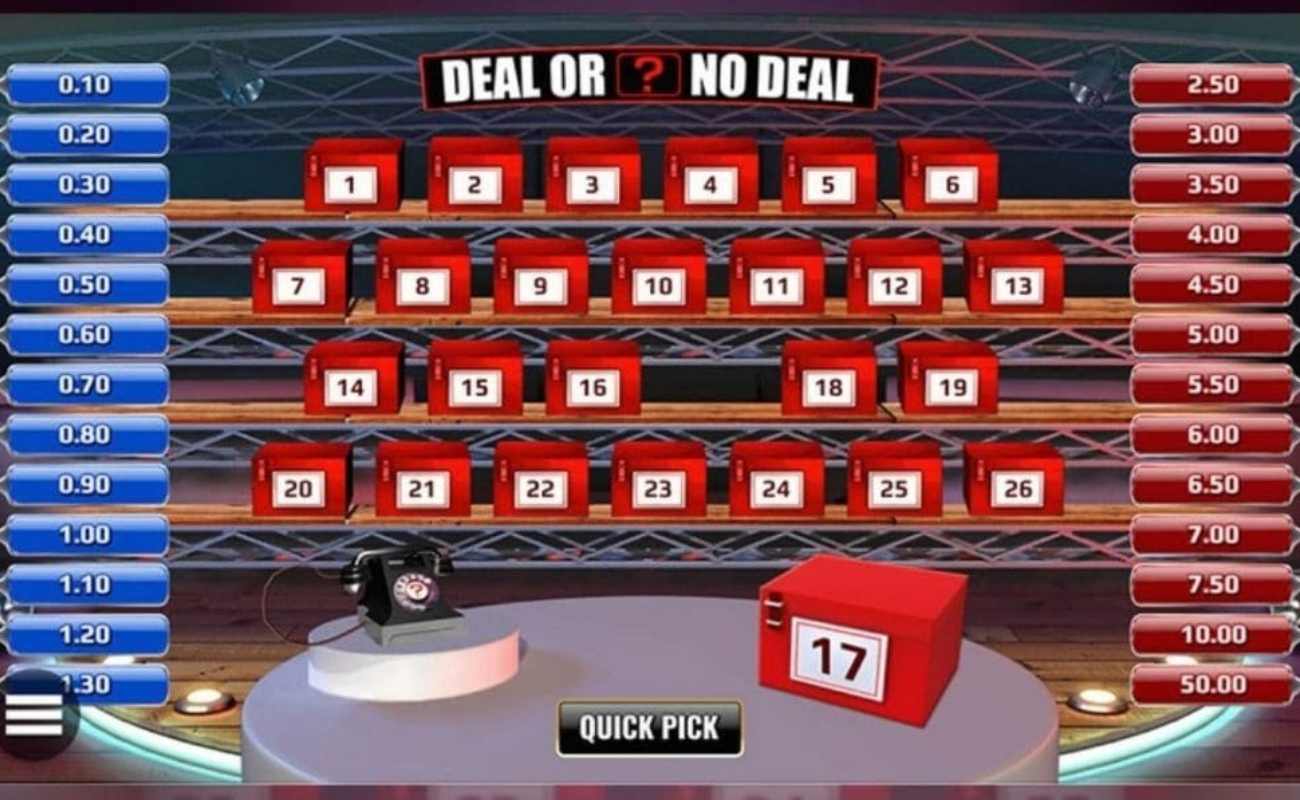 For those people who wish they had a chance to be a contestant on this beloved game show, there is still a chance to have a go at it in various online gaming formats. Slot fans will love the Deal or No Deal online slot game, which offers some decent payouts and virtually transports players to the show’s set. If you’ve ever wanted to play the original game, this slot offers a taste of that experience.

In addition to all the wonderful online games, UK bingo players can also get a wonderful (and alternative) impression of this popular game show when they play bingo. Here are some great Deal or No Deal-themed bingo games.

Deal or No Deal 90 Ball Bingo

Players get to occupy the hot seat in this 90-ball online bingo version of the game show. Will you lift the lid on phenomenal wins? At Mecca Bingo, a trusted bingo site, players can win prizes of up to £1,000 in this amazingly themed bingo game, whose popularity proves people’s enduring fondness for the original game. It is basically a normal, 90-ball bingo game with the obvious Deal or No Deal twist. There are four prizes up for grabs, namely:

The value of the money that you may be offered in the game’s Deal or No Deal feature is linked to what numbers are called during the base game or regular bingo game. Deal or No Deal 90 Ball Bingo is a network-linked room, which means you get to play alongside players from other rooms. Of course, more players translates into bigger prizes!

Deal or No Deal 75 Ball Bingo

If you’re a fan of 75-ball bingo, this variant of the game show will provide plenty of excitement and fun gameplay. It has all the suspense of the classic TV show and a massive community jackpot, plus a number of other ways to win. In fact, there are six prizes up for grabs, namely:

Deal or No Deal feature – again, offered to the winner(s) of the Full House prize.

This version of the game is also a network-linked room, where players from other bingo sites can join in with you. It’s an easy bingo variant to play, with each ticket made up of 25 squares in five rows and five columns with a “free square” in the middle, marked with a star. This progressive jackpot starts at £3,000 and will grow through a percentage of ticket sales in every game. Therefore, the more players, the bigger the prize that’s up for grabs. To win the jackpot, a player must “call the house” within 43 numbers or fewer. The escalating jackpot is also a cool feature of Deal or No Deal 75 Ball Bingo. When the jackpots reach a certain point, the bingo site will escalate the number of ball calls needed to win. But the really fun part is that if someone wins the jackpot, half the amount is shared between the community of players in the game – so everyone’s a winner!

At Mecca Bingo, we scintillate casino players with our wide variety of online casino games, including – of course – the best bingo games. You can also play slots online and choose from more than 400 amazing titles. If you’re looking for instant-win games, then you’re in luck, because we also host fun scratch cards on our site, as well as some casino classic genres. To explore what we have in store, all you have to do is register at Mecca Bingo!