There is no shortage of slots that centre around strong female characters. From mythical heroines and goddesses to powerful queens and warriors, you’re spoiled for choice if you want to spin the best female power online slots. We’ve chosen a selection for you to try out, but this list is by no means exhaustive, so keep an eye open for this increasingly popular genre of entertaining games.

Since you’re reading this blog, you probably play bingo on our best UK bingo site, but if you haven’t already tried our slot offering, Cat Queen is a great place to start.

This game is based on the popular Ancient Egyptian gods theme. Developer Playtech has created a game that offers plenty of action over 5 reels, 4 rows, and 40 paylines as you attempt to claim the pyramid’s treasures. The symbols carry through the theme with the gods Seth, Bastet and Horus, along with the Eye of the Horus, Ankh and the Scarab.

You’ll want to land three or more Pyramid scatter symbols on the reels, which will trigger the Free Games feature and award you with 15 free spins. The eponymous Cat Queen is the wild, which stands in for other icons to complete winning combinations. Land three for 200x your stake, four for a 500x reward and five for a generous 1,000x your stake.

The character of the powerful Cat Queen is based on Bastet, sometimes also shown as a lioness. The earliest images of a feline-headed woman first appeared in the 2nd millennium BCE. Embodying the characteristics of big cats, she could be both nurturing and violent, depending on the occasion.

This Playtech progressive slot has 5 reels, 4 rows, and 30 paylines and features scatter symbols, wilds, bonus games, three free spin features, and a whopping four jackpots. The graphics are strongly influenced by pop culture, and the symbols have a comic book aesthetic. The background of ancient-looking buildings is set against towering mountains in an atmospheric representation of Paradise Island.

Wonder Woman was created by American psychologist and writer Willian Moulton Marston and first appeared in comic books in 1942. She’s proven popular ever since, appearing in media from radio to television and film. Her image also appears on merchandise around the world.

Amazon Queen is an exciting 5-reel, 20 payline game that takes you deep into the jungle on an adventure alongside the Amazon Queen. There’s plenty of action with stacked wilds and up to 100 free spins. Developed by WMS, this G+ Deluxe video slot can be played from 20p to £60 a spin, with a shot at a maximum of £2,250.

Symbols pay from both left to right and right to left, and you’ll want to keep an eye out for the Amazon Queen herself. Land three or more of these symbols, and you’ll trigger the free spins feature, up to 100 free spins, which can significantly increase your chances of a potential win.

So, did Amazon queens really exist? We can’t say for sure. What we do know is that they often appeared in Ancient Greek poems and legends. They were portrayed as female warriors and hunters, who could match men in physical strength and combat. The good news is, even if you are male, you now have access to the kingdom of the Amazons as a guest of the Amazon Queen herself when you play this exciting online slot.

Age of the Gods: Athena vs Ares

Get ready for a theme of epic proportions as the goddess of military prowess and wisdom takes on the god of war. With exploding reels and three generous bonus rounds, you’ll be chasing big multipliers and a chance to win rewards over 5 reels, 4 rows and 25 paylines.

The exploding reels feature sees the symbols tumble from above to fill the empty space when you form a winning combination. You’ll need three god symbols on an active payline to trigger a possible win, and look out for the highest-value symbol, Athena herself. Land five on a payline, and you’ll be awarded 1,000x your stake. However, the wild symbol – the laurel wreath – awards 10x more than Athena when you land five on a payline!

So, who was Athena in Greek mythology? She started life as Zeus’s favourite daughter and was originally the goddess of handicrafts and urbanity. But it seems that over time, she was portrayed for her military skill. Our richly-themed slot is based on the story in the Iliad, when Zeus assigns the war portfolio to both Ares, the god of war, and Athena. It seems the reason for this was to show the two sides of war. All the violence and bloodshed, represented by Ares, and the more ethical, intellectual side of war in the pursuit of justice, represented by Athena. 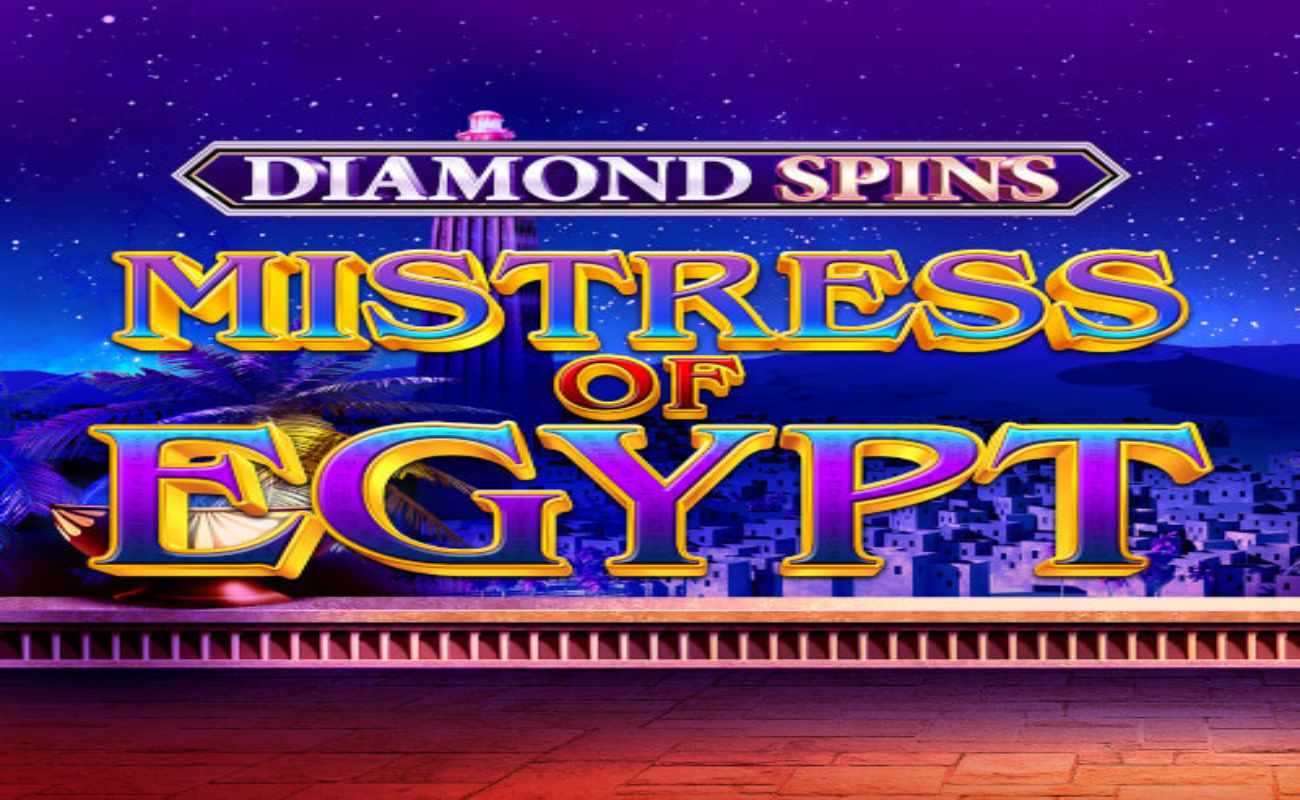 No review of slots based on powerful female characters could be complete without including the evergreen Cleopatra. Mistress of Egypt Diamond Spins does not disappoint when it comes to beautifully-designed graphics and exciting action on the reels.

There’s a random wilds feature that sees pyramid wilds occupy between three and 15 symbol positions, which can lead to generous wins. Then there’s the free spins bonus feature which is triggered when you land three or more bonus scatters anywhere on the reels, and the diamond spins feature that overlays the reels with diamonds. If you’re lucky enough to land five or more diamonds, you’ll activate this feature and get three respins, with each landed diamond awarding you a stake multiplier that’s between 3x and 10x your stake.

Did you know that Cleopatra spoke around a dozen languages and was educated in mathematics, philosophy, and astronomy? She was described as a ruler “who elevated the ranks of scholars and enjoyed their company.” But it’s her legendary love of pageantry and dramatic entrances that have no doubt secured her place on the reels in many brick-and-mortar and online casinos the world over.

Discover all the wonder women at Mecca Bingo

There’s a good reason why we’re the home of online bingo and the best games in the UK, the most fun, and the biggest wins. Hop online and give us a try; whether your bag is bingo, Slingo, slots or online scratchcards, you’ll find it all on our site. So why wait? Go ahead and join us.