The floss enters the top five dance crazes of all time! 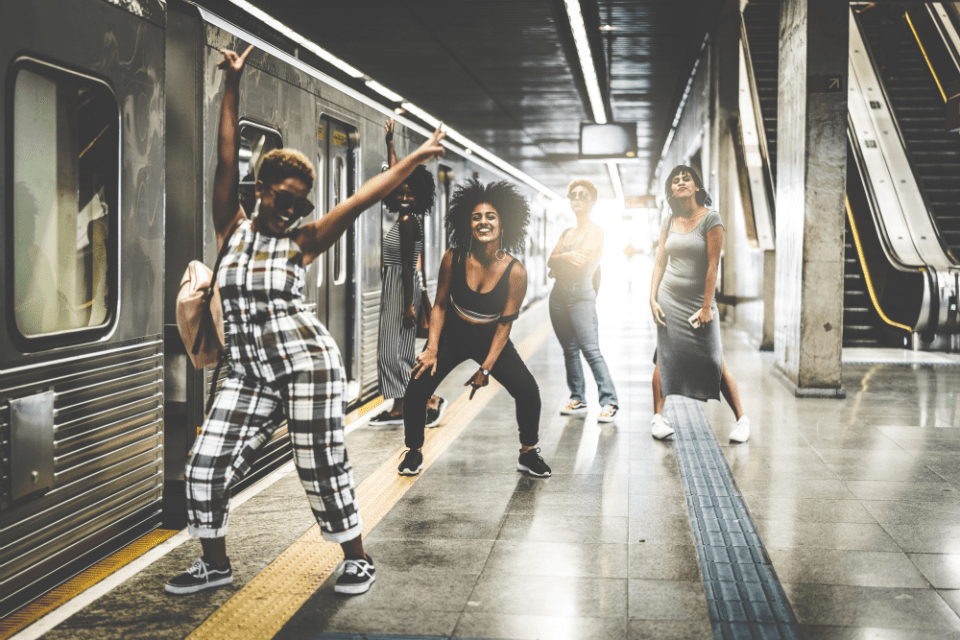 Dance crazes and fads have long been an iconic part of popular culture – when MTV aired in 1981 with “Video Killed the Radio Star”, an era of music videos was born and gave fans around-the-clock music on television that they could easily access, and copy.

Music artists like Michael Jackson, Kylie Minogue and Madonna became famous for their catchy dance routines and signature steps such as Thriller, the Loco Motion and Vogue – becoming iconic features of any dance floor at school discos and weddings.

When social media exploded in the early noughties, video sharing platforms such as YouTube and Facebook gave way to a world of viral content – allowing dance crazes to easily circulate across the internet and turning music fans into the creators where they could share their own adaptions and attempts. Crazes such as the Harlem Shake and Cha Cha Slide meant the dance routines became more famous that the songs or artists themselves.

Using socially aggregated data across platforms such as Instagram, YouTube, Facebook and Twitter, we’ve explored some of the top dance crazes across the decade to see which ones have been the most popular, and how many of us have attempted our own terrible versions on social media.

Taking the top spot for the most popular social media dance craze is Gangnam Style. The Korean single was released in the Summer of 2012 – making the relatively unknown K-pop artist Psy a worldwide sensation overnight. The music video for the song has been viewed on YouTube over 3.2 billion times, going viral across the globe with everyone from the Evian babies to the US navy creating their own version of Psy’s Gangnam style.

Michael Jackson’s iconic ‘Thriller’ single was released back in 1983. Named the ‘Greatest Video of All Time’ by MTV, Thriller expanded the boundaries for music videos at the time and was a cultural marvel. It has gathered over 139m views on YouTube, and the accompanying LP became the highest-selling album in music history with over 100m copies sold worldwide.

The Harlem Shake was a street and hip-hop dance originating in Harlem, NYC in the 1980s. However, in early 2013, an internet meme in the form of a video where people dance to a small section from the ‘Harlem Shake’ song went viral, with millions of offices, universities, celebrities and even the Norwegian Army and The Simpsons creating and uploading their own versions.

No 5. The Floss Dance by The Backpack Kid (63.2k social mentions)

Although it’s one of the most recent internet sensations, the floss dance is still ranked at position 5 of the most socially mentioned dance crazes. Fifteen-year-old and Instagram influencer (with 2.2m followers), The Backpack Kid is thought to have invented the ‘floss dance’ which consists of stiff arm swinging back and forth around the hips. Already well known on social media, the floss went viral when Russel performed on Saturday Night Live during Katy Perry’s Swish Swish performance, receiving over 18M views on YouTube and teaching everyone from Will Smith to the Good Morning Britain presenters how to perfect the repetitive movement.

The Macarena is a 1990s dance song that literally made the world move. We’re sure everyone can remember rushing to the dance floor to get into formation and do the arm-folding sequence you had perfected.

The Macarena was a given at every club and private party and is one of the longest running songs in the history of Hot 100 chart. Titled as the ‘Greatest One-hit Wonder’ by VH1, it has received over 51m views on YouTube.

The song caught on and was released as a single in 2000. It broke the Billboard Hot 100 and hit number one in the UK charts in 2004, as well as being danced to at clubs and parties worldwide. The album went on to sell more than 10m copies globally and has over 70m YouTube views!

Michael Jackson made the Moonwalk popular after performing it on Motown 25: Yesterday, Today, Forever during a performance to the song ‘Billie-Jean’ in 1983. The Moonwalk became Michael Jackson’s signature move and fast become a worldwide phenomenon, and now it has reached over 51m views on YouTube.

Saturday Night Fever is a 1977 blockbuster that made John Travolta a mega movie star. It was an instant hit and was the highest-grossing dance movie of all time for over 30 years (until 2010’s Black Swan) as well as the top-selling soundtrack album of all time until The Bodyguard 15 years later. The dance has now received over an astonishing 87m views on YouTube.

Korean based children’s YouTube channel Pinkfong created the educational jingle called “Baby Shark Song” in 2015 which went viral across South East Asia. However, in September this year, the video became a global phenomenon with 1.6bn views when the #babysharkchallenge began sweeping across Instagram with nearly 100k posts of people dancing outside of their cars to the shark dance moves.

“The Baby Shark Challenge” is apparently a Facebook thing.

The parent in me can’t stop smiling at this video. pic.twitter.com/myou0ZMtSC

Celebrate your missed birthdays this Summer