Sitting in traffic on your way to play bingo at the local hall, queuing to pay bills at the Post Office, and dashing to the shop to buy your fortnightly groceries are all becoming things of the past as many of our day-to-day activities now occur online. Technological advancements have ushered unprecedented ease and accessibility into our lives, and thankfully we’ve brought our favourite games with us!

Despite a seemingly infinite number of options available, a few games have stood the test of time, and have become just as popular (or even more so) online as they always have been at land-based casinos and in our homes. From online bingo to Scrabble and Monopoly, let’s take a look at some traditional games that are now available to play over the internet.

Just when we thought the beautiful numbers game couldn’t get any better, online bingo arrived to prove us wrong. Playing this social game at a bingo hall is undoubtedly fun (it had to be, to have survived for more than 100 years), but playing bingo online definitely has its perks, as you’ll see.

Back in the day, the game could once only be played at local bingo halls or with friends at someone’s house. Now, however, you simply need to log onto a trusted bingo site – such as Mecca Bingo – choose a game, buy a ticket, and wait for your turn to call: “Bingo!”

There are plenty of variants out there, once you start looking, and many games are available to join throughout the day, making it easy to get some daubing done online, whenever it suits you. There’s also the added benefit of the autofill option, which allows you to enjoy all the action without any of the pressure of having to fill your card in, or the stress of potentially missing a call.

By the way, if you’re worried about losing out on the social aspect of the land-based game, you needn’t be – the chat rooms allow you to connect with all the other bingo players on the game that’s in progress, along with a moderator, of course. With great prizes, bonuses and rewards up for grabs, it’s clear that online bingo has taken a favourite pastime and made it immeasurably better.

If you were born in the 20th century, the chances are that board games were a fond part of your upbringing. But with the advent of the internet and technological advancements, their popularity as physical games is being challenged by their virtual counterparts. That’s right! Monopoly and other well-loved board games including Scrabble and Battleship have taken to the online world. Many of these game titles have similarities to the original concepts but with twists on the gameplay, plus a few extra features.

As a case in point, Monopoly Live is a live dealer game show that can be played at many online casinos. It has a live host who spins a large Monopoly money wheel, and there are three fun bonus rounds to look out for. Monopoly, as you may know it, only appears during one of these rounds, but the theme is carried through and is sure to delight fans of the original board game. And that’s not all – the board game has also spawned various slots and Slingo titles, too! 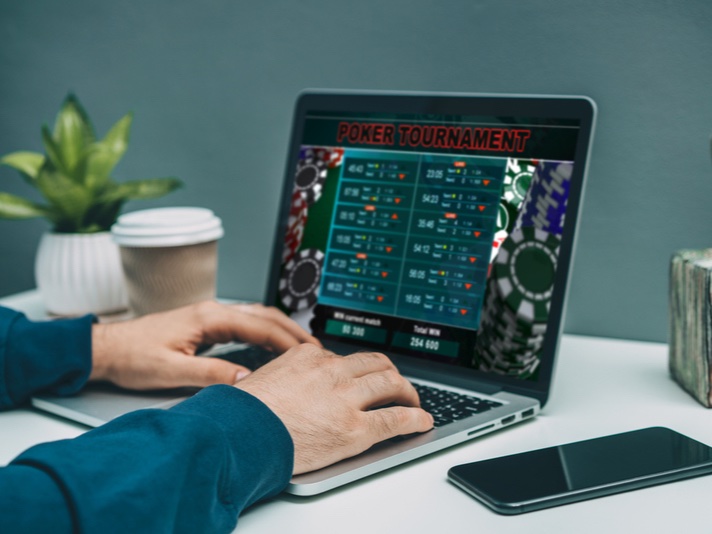 Poker is one of the most popular casino games of our time, and the traditional “poker night with the boys”, which usually referred to a rare night out at the casino or at a friend’s house, is now readily available to be enjoyed, either alone or with friends or other poker fans, whenever the mood might strike.

This famous card game can now be played at online casinos, along with other casino table games including roulette, craps, baccarat and blackjack, and offer the same rules and rewards as the in-person version. Poker players have a large number of variants to choose from and are able to play against a machine or against real players. For an even more authentic experience, you can even play with a live dealer, against real players, where you’ll witness all the action in real-time via a number of cameras, as games are usually broadcast live from a top-class casino studio. Wins are credited to your online account at the relevant casino site, and you can expect a competitive, exciting game, just as if you were sitting around a real poker table.

What constitutes “fun” is certainly debatable, but if strategy and logic excites you, then chess is most likely one of your favourite games. Chess dates back many hundreds of years, and the online version is very faithful to the traditional game. Players can compete against each other online, or against a machine. This doesn’t limit the nature of the game in any way and instead creates an optimal learning environment to gather experience before or while playing in the “real world”. Some chess games have some nifty extras like animated graphics, but the rules and most elements of the game remain the same and allow players to practise whenever they choose, rather than needing a chess set, a real-life opponent and all the time in the world to play.

Slot machines were invented more than 120 years ago and have only become more popular with time. But we’ve come a long way since the first slot machines, which featured three physical revolving reels with fruit and playing card symbols, and a big lever to start the action.

While the first video slot was released in the 1970s, it wasn’t until the late 1990s/early 2000s that slot machines were featured at online casinos, and could be played on people’s personal computers. Jump forward another 20 years and online slots have, of course, since soared! Today there are literally hundreds of high-quality slots available with incredible features and exciting themes from Ancient Rome and Egypt to jungles, “retro” and film franchises. There is a greater variety than ever, and now you can play slots on desktop computers, laptops, tablets, and even smartphones. (Just don’t get so carried away with the choice so much that you spend more than you intended of your bankroll!)

Not only have slots gone online, they’ve also made a variety of other games available to play online too. Popular TV game shows like Who Wants to Be a Millionaire?” now come in slot form, making even more fun game genres accessible to people all over the world.

Many of us have experienced the satisfaction of scratching at a special coating on a scratch ticket in the hopes of revealing a cool prize. Online scratchcards have made this possible, even without the physical scratching part of the game. When you purchase an online scratchcard, you’ll wipe your mouse (or sometimes finger, if it’s a touch-screen-friendly game) over the hidden areas as you attempt to match symbols to snare a win. There are many different themes to choose from when playing these instant-win games, and prizes are usually cash. Some have added cool animations to bring the action to life, too, so they are great fun to play in virtual form. (Once again, though, be careful not to overspend, because these games go by in a flash so you might find yourself playing more rounds than you imagined.)

Play online bingo – and much more besides – at Mecca Bingo

Whether you’re a fan of traditional games or modern favourites, you’re sure to find something you like at Mecca Bingo. Play slots online, free bingo, scratch your way to instant wins or be next in line to yell “Bingo” when you register with us, here at Mecca Bingo. We have a wide variety of game themes to suit everyone’s taste and promise to keep you entertained for hours!