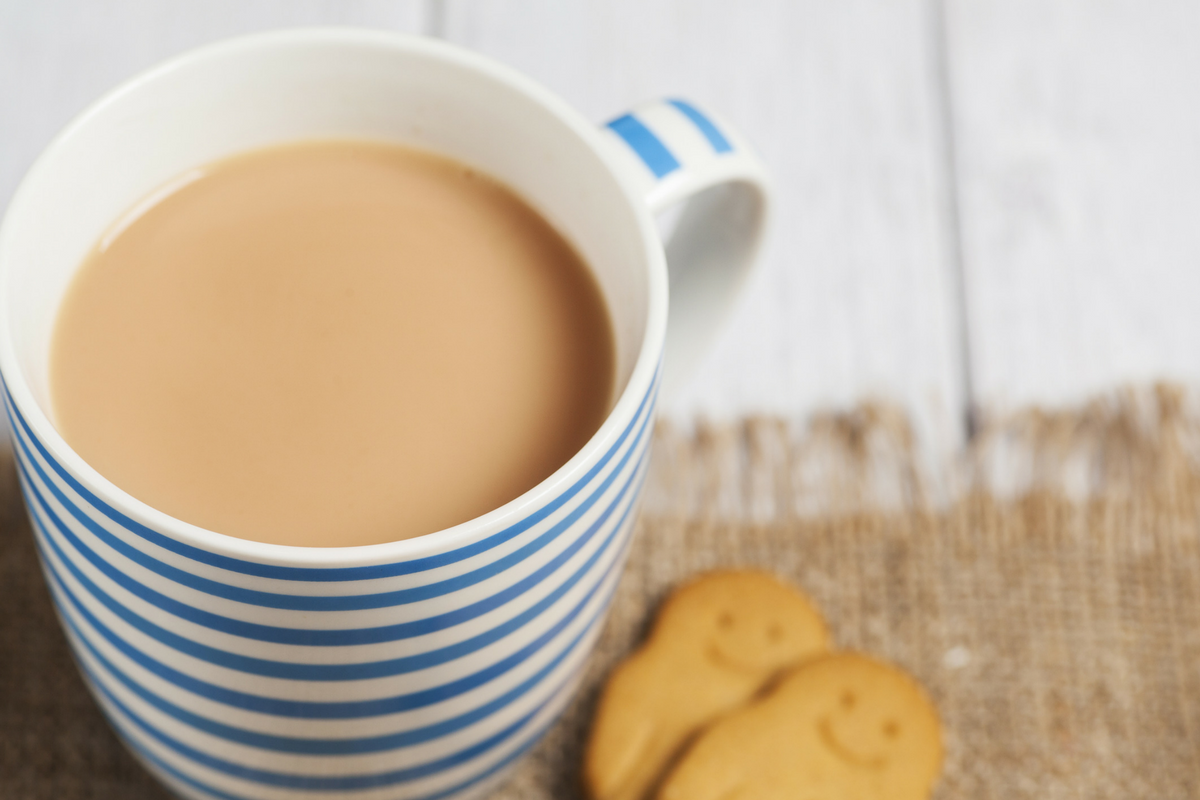 National Tea day is upon us, which means it’s time to talk about the nation’s favourite drink – tea!

Here at Mecca Bingo we love a good brew, but only if it’s made the ‘proper’ way! What’s your idea of the ultimate cuppa? Do you pour the milk in first before the water? Do you dream about a golden Builder’s Brew, or do you prefer yours on the milky side?

We know how important a good brew is. That’s why we surveyed over 2,000 people in the UK to find out the nation’s favourite cuppa.

In our quest for the UK’s favourite brew, we found that 56 per cent of the UK preferred to add milk after pouring in water. If you live in the South-East, however, you might disagree; 58 per cent of people surveyed thought that adding milk first was the correct way to make the perfect brew.

So, what’s the right order? Should it go milk then water, or water then milk?! Tea expert, May King Tsang of May King Tea, told us why this is a bone of contention amongst many:

“As WW2 ended and rationing dwindled, supermarkets proliferated and teabags were more easily found. With the advent of teabags, tea mugs became popular, making the traditional teapot and China cup redundant. This is why older tea drinkers are more likely to add milk before hot water, as they are used to protecting their delicate China cups. Young people who drink out of China cups are also more likely to pour the milk first”.

How often do you enjoy a brew? Once, twice, maybe three times a day? Well, if you’re in Yorkshire you’re likely, on average, to consume more than five brews a day! Travel south and the tea drinking culture couldn’t be more different; over half of Londoners (53 per cent) and 50 per cent of those in the south-east drink fewer than two brews every day.

Tsang acquiesces that it might be down to lifestyle:

“It does reinforce the stereotype that Londoners haven’t got time to take a break; they work through their lunchbreaks, and have no sense of communiTEA, whereas up north, it seems taking a break is encouraged for health, relationship building, even for a quick gossip”.

If it’s a perfect brew you’re looking for, you may need to point out your preferred shade of the hot stuff on our tea scale . This will ensure you’re not left with any nasty surprises next time someone makes you one.

The majority of those surveyed (45 per cent) thought a cup of golden tea with a splash of milk was their idea of a perfect brew. This shade of tea is known as the traditional ‘Builder’s Brew’.

May King is with the majority when it comes to a strong brew. Her preference for a long steep – around four to six minutes – and a splash of milk is shared amongst many.

How do you have yours? Continue the debate and see what’s most popular in your community with our Mecca Brew tool, and show us your results over on Facebook and Twitter.