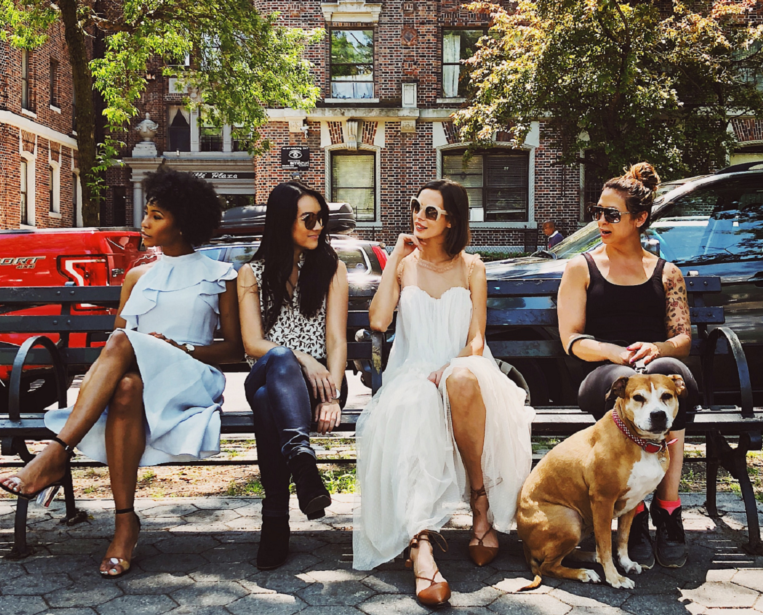 We like to think that Mecca is the friendliest bingo club in the world and that’s just one of the reasons why we’re celebrating all things ‘friend’ related for the next few months.

With this in mind we’ve been talking about the different types of friends you collect over your lifetime and deciding which category they fall into.  Take a read and decide what type of friends you have…

Regularly hangs around with people at least ten years younger in order to give everyone the benefit of their extensive experience and wisdom. Regularly says things like ‘when I was your age’ and isn’t afraid to voice her opinion loudly to anyone and everyone who will listen.

Even though the older friend has a few extra miles on her clock, she’s usually the craziest one during a night out and uses her newly disposable income to buy everyone the first round of shots.  She’s generally the first one up on the dance floor (or podium) and has no shame in asking DJs to play club ‘classics’ such as Agadoo or the Macarena.

Lovely, smiley and loves to bake cakes; the mummy friend has at least four children of her own but regularly looks after other people’s children as well, meaning that no-one (including her) is actually sure of the exact number of offspring she’s produced.

You probably don’t know your mummy friend’s real name; you’ll only every call her ‘Jack’s mummy’ (insert child’s name as applicable) which is the same name you have her stored under in your phone.

You met your mummy friend at the school gates and she is your go-to person if you’ve forgotten the date of the next school trip, want to know what the class teacher’s first name is, or need a batch of cakes baking for the Christmas fete.

And whether you’re a mum yourself, or have a lovely mummy friend, there’s no denying that mum’s say the funniest things!

Went travelling on her gap year and came home covered in piercings, tattoos and with enough embarrassing stories to make you cry with laughter for years to come.  The crazy friend prides herself on trying everything at least once and has the war wounds to prove it.

You probably didn’t like the crazy friend very much when you first met her, due to her deafening laugh and ability to talk at 100 miles an hour.  However, you warmed to her after watching her fall over whilst trying to twerk at the Christmas party.

You might not see this flamboyant friend as much as you should, but whenever you do, you’re always reminded that this time is precious! It’s like you’ve never been apart.

You went to playschool, primary school and secondary school together, you know literally everything about her and you can finish each other’s sentences.

Loyal, reliable and trustworthy the lifelong friend has been with you through thick and thin and is always there to pick you up when the chips are down.

Don’t let these long-term pals go to waste either – it’s great to keep things fresh and do something fun on a Friday night!

The frenemy is the person you go to if you need to know gossip. She makes it her mission to dig the dirt about anyone and everyone and nothing gives her more pleasure than spreading gossip; whether it’s true or not. She’s addicted to social media and has an impressive number of Facebook friends that she uses to her advantage when stalking people.

As the saying goes…keep your friends close but your frenemies closer!